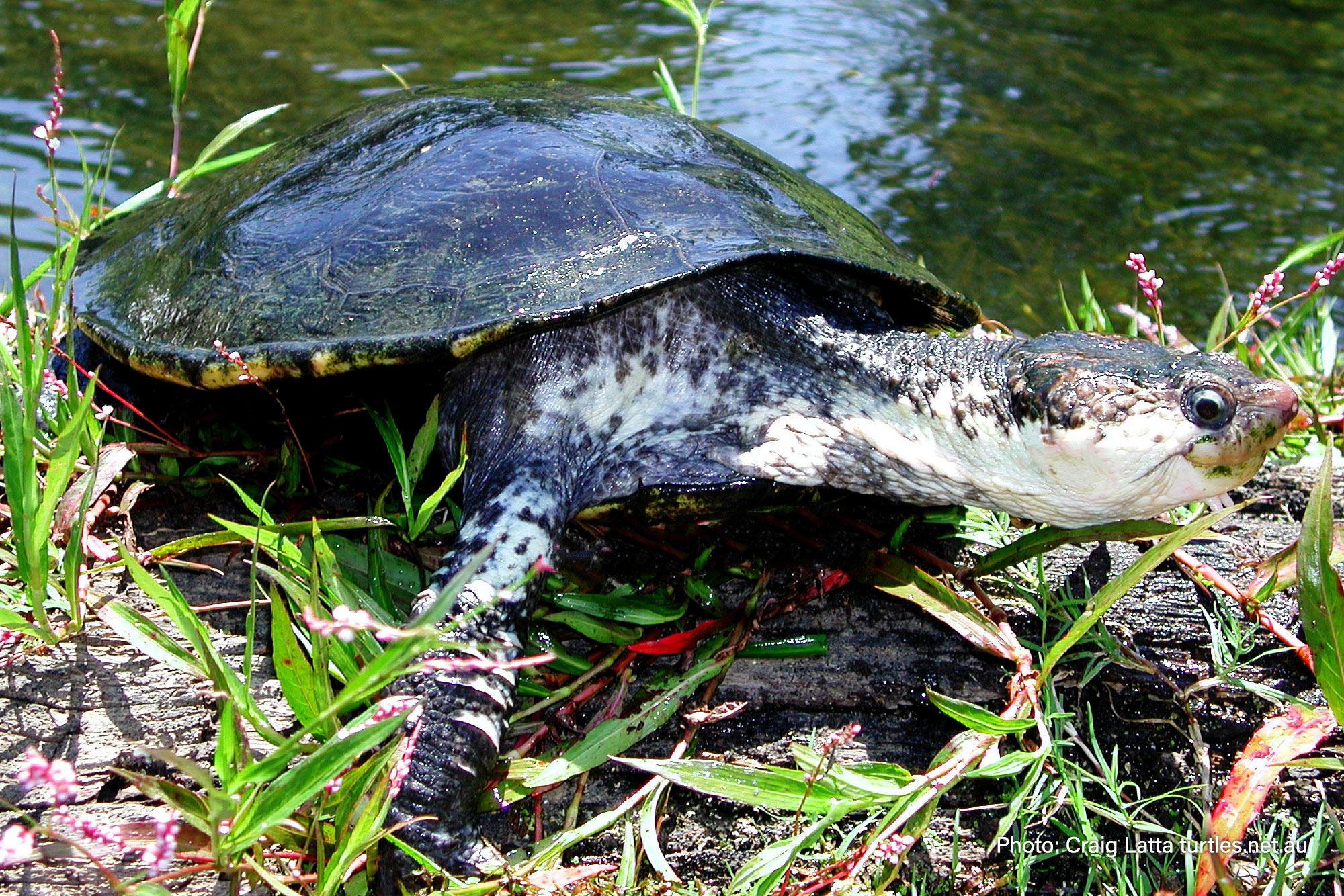 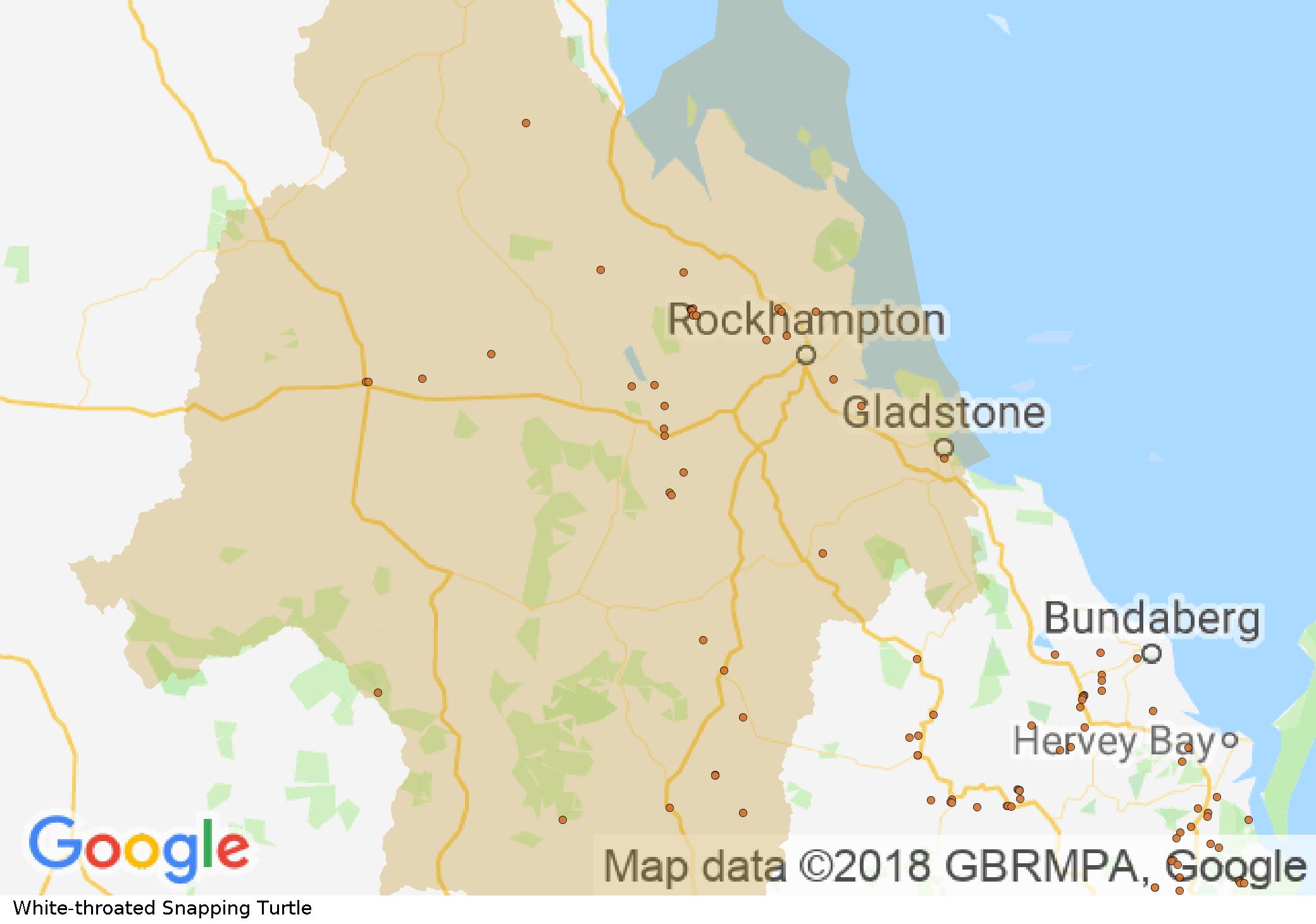 Only described in 2006, this species is distinguished from other turtles by markings on its throat and sides of its face.

Found only in the Fitzroy and Burnett Mary catchments, the White-throated Snapping Turtle is the largest of the snapping turtles. Preferring habitats with flowing water and the shelter of fallen trees, they eat a range of aquatic plants and even fallen fruits like native figs. Find out more about what they eat, where they live and why they’re special here.