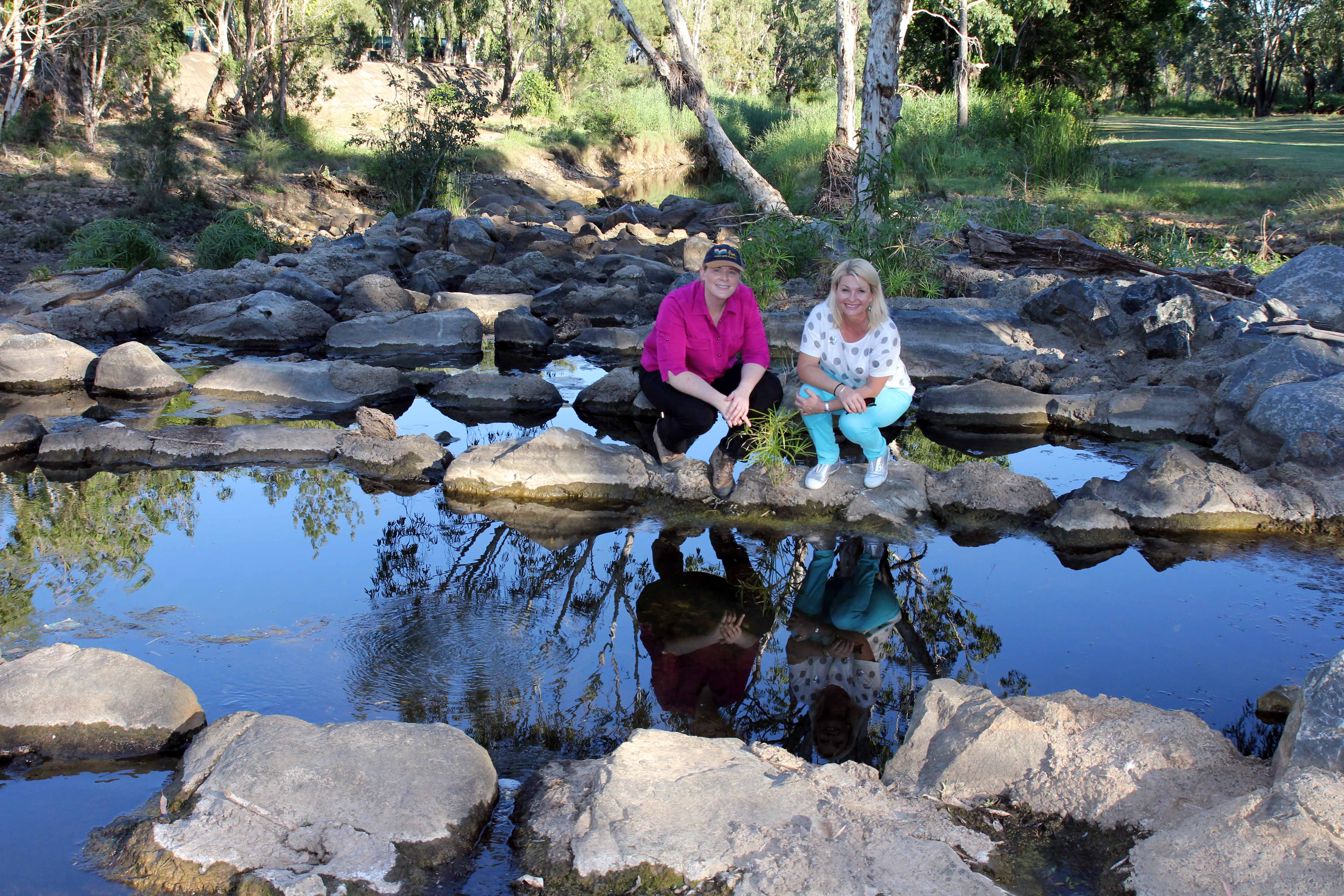 The Fitzroy Basin region is home to rare wildlife, leading natural resource management projects and diverse ecosystems—and the Totally Wild team agrees, spending this week filming a suite of stories about our region.
Fitzroy Basin Association (FBA) Chief Executive Officer Paul Birch said FBA staff had shared some of FBA’s success stories with Ranger Stacey Thomson during her guest appearance at the Science Education Experience for teachers held in collaboration with Central Queensland University in Gladstone late last year.
“As a result of that discussion, the Totally Wild film crew will be spending this week filming eight stories that highlight the natural resource management work of FBA and our partner organisations,” Mr Birch said.
“The stories that will be filmed include managing the pest fish tilapia, which was recently discovered in the Fitzroy River, and showcasing graziers who use best practice methods to help protect the Great Barrier Reef.
“The crew will also be filming stories about two of the region’s unique species—the endangered bridled nailtail wallaby and the vulnerable little bent winged bat.”
Mr Birch said much of FBA’s work would not be possible without the collaborative efforts of partner organisations such as government departments, universities, volunteers and local schools.
“Much of the work we do, which will be on show, is conducted in collaboration with other organisations such as Central Queensland University, James Cook University, Quoin Island Turtle Rehabilitation Centre, Conservation Volunteers, Tina Jansen’s Safe Haven, Boyne Island State School and Queensland Parks and Wildlife Service, and their roles in these stories will also be highlighted.”
Mr Birch said partnering with tertiary institutions, government agencies, other non-profit groups and peak industry bodies was essential in protecting the region’s natural assets and ensuring the sustainability of the region’s industries.
“FBA works closely with our partner organisations to achieve nationally important outcomes such as protecting the Great Barrier Reef, and we are pleased that Totally Wild will be sharing those success stories with a national audience,” he said.