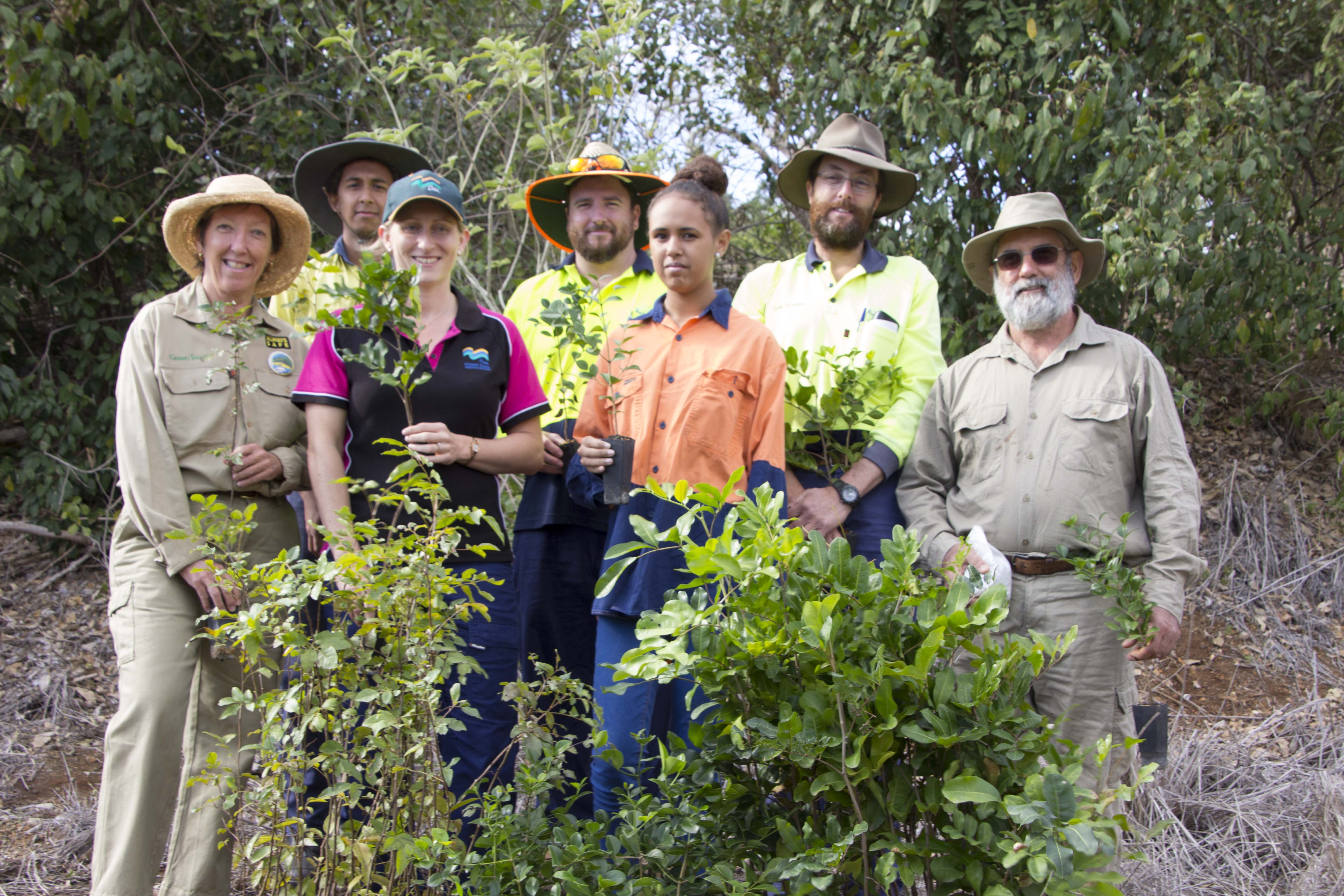 A new rehabilitation project will improve the condition and extent of habitat for threatened plant and animal species at Mt Etna Caves National Park.
Fitzroy Basin Association Inc. (FBA) Chief Executive Officer Paul Birch said over 6,000 plants native to the park’s semi-evergreen vine thickets (SEVT) would be planted between now and July 2017.
“The project is located adjacent to remnant, good quality SEVT (dry rainforest) and will increase the extent of this threatened ecosystem.
Previous wildfires and weed incursions have meant the project area is currently dominated by flammable weedy species and this threatens the remaining good quality remnants of this ecosystem,” said Mr Birch.
“Together with the Queensland Parks and Wildlife Service (QPWS), the Society for Growing Australian Plants (SGAP), local council and community nurseries, volunteers and school children, FBA will facilitate weed control and revegetation of areas that adjoin remnants of this ecosystem, thus improving its extent and condition and increasing resilience to fire and weed incursion.
Mr Birch said the project is part of the 20 Million Trees campaign, and was supported by FBA through funding from the Australian Government’s National Landcare Programme.
Mt Etna Caves National Park protects many threatened species, such as ghost bats, and is home to over 80 per cent of Australia’s little bent-wing bats.
“The project’s benefits are two-fold as it will also improve the foraging habitat for the park’s significant bat populations by improving the habitat immediately adjacent to their breeding and roost sites,” said Mr Birch.
Local school children will participate in a number of tree planting and weeding days to be held as the project progresses. The project also involves significant contributions by volunteers in seed collection activities and preparing tubestock for planting.
“This involvement will foster environmental stewardship among students and the local community, and help them understand how revegetation projects are conducted and why they are important.”
Mr Birch welcomed the involvement of SGAP and other volunteers and the in-kind support from QPWS.
“The project is a joint effort between SGAP, QPWS and FBA, and significant help from the local community will ensure the project is a success,” he said.