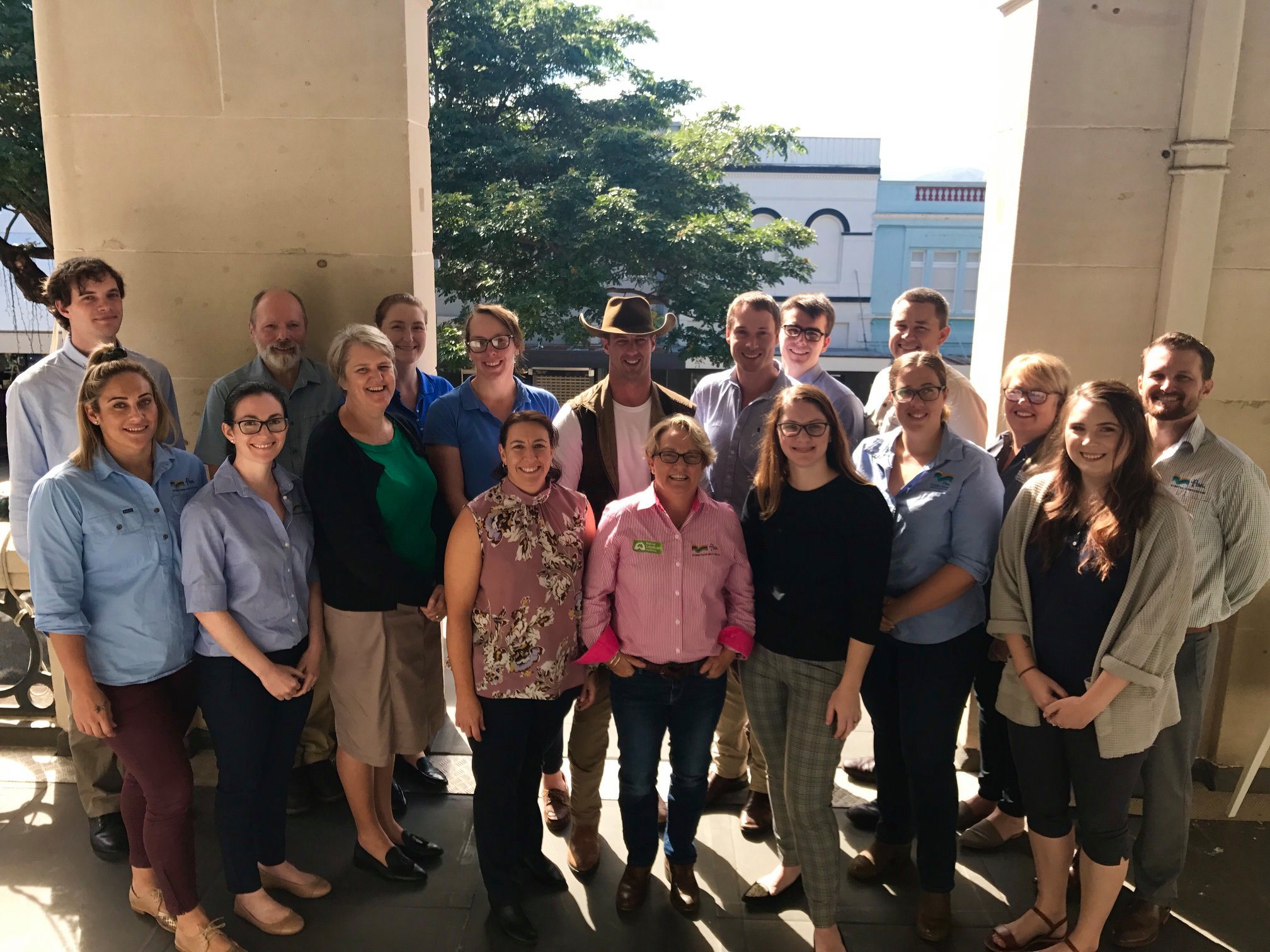 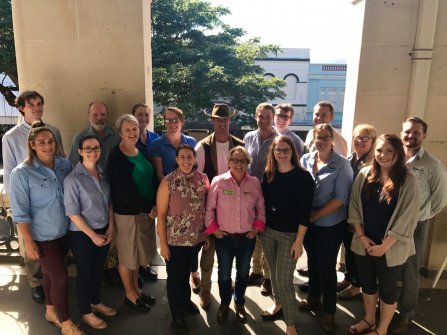 The Environmental Cowboy was in Rockhampton yesterday for FBA’s exclusive and free Climate Week QLD events.

Khory Hancock is an Australian Environmental Scientist who is better known by his media persona “The Environmental Cowboy”. Trekking across the country, Khory is currently on a mission to educate a wide audience (particularly the younger generations) on the impact of human-based climate change. To help Khory achieve this mission, and to celebrate Queensland’s first ever Climate Week FBA invited the Cowboy to CQ for four free events!

The first event was at Rockhampton State High School where secondary students from Rockhampton and Yeppoon schools flocked to listen to the media icon. The Cowboy’s funny personality quickly gained the large crowd’s attention, while his simple and positive messages inspired the young attendees to reflect on how they can individually help overcome environmental challenges. This inspirational talk was then followed by Khory’s documentary and an insightful Q&A session. 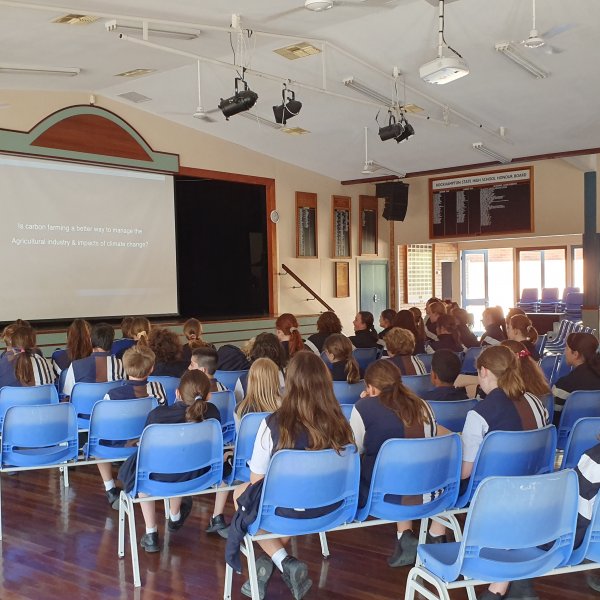 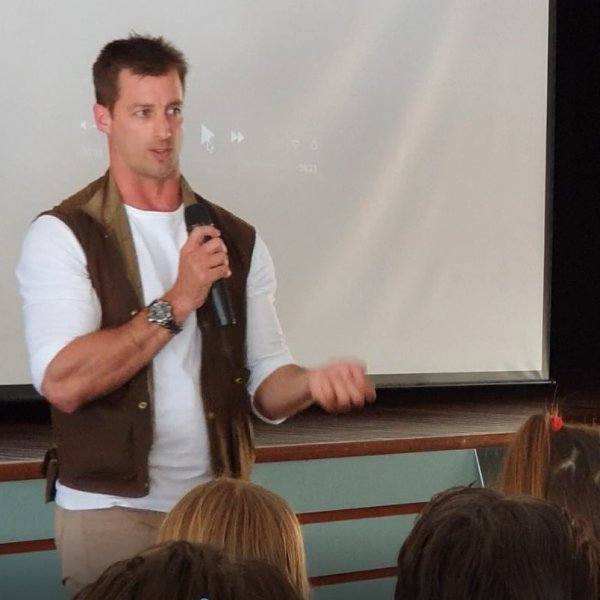 This format was mirrored in the evening’s events held at FBA’s newly renovated Flow Centre, Theodore’s Community Link Centre and Emerald’s Ag College. Thanks to the Centre’s state-of-the-art technology, Khory was able to speak at three events simultaneously. This is the first time that FBA’s Flow Centre has digitally brought together community members from across the region for a singular event – the success of the evening promising more.

Instead of watching The Environmental Cowboy’s documentary the older audience was treated to Susan Kucera’s cinematic documentary Living in the Future’s Past. Living in the Future’s Past is an Academy Award-winning film jammed packed with stunning footage and eye-opening perspectives into our subconscious motivations and their unintended consequences. After the screening, an emotive group discussion was quickly sparked between Khory and attendees. Many attendees, including a local landholder who is deeply involved with regenerative agriculture, praised Khory on the important work that he is doing and wished that there were more like him around.

Overall the four events were a huge success. Attendees headed home feeling empowered that they are an important puzzle piece in the ecology of the universe and the solutions to climate change.