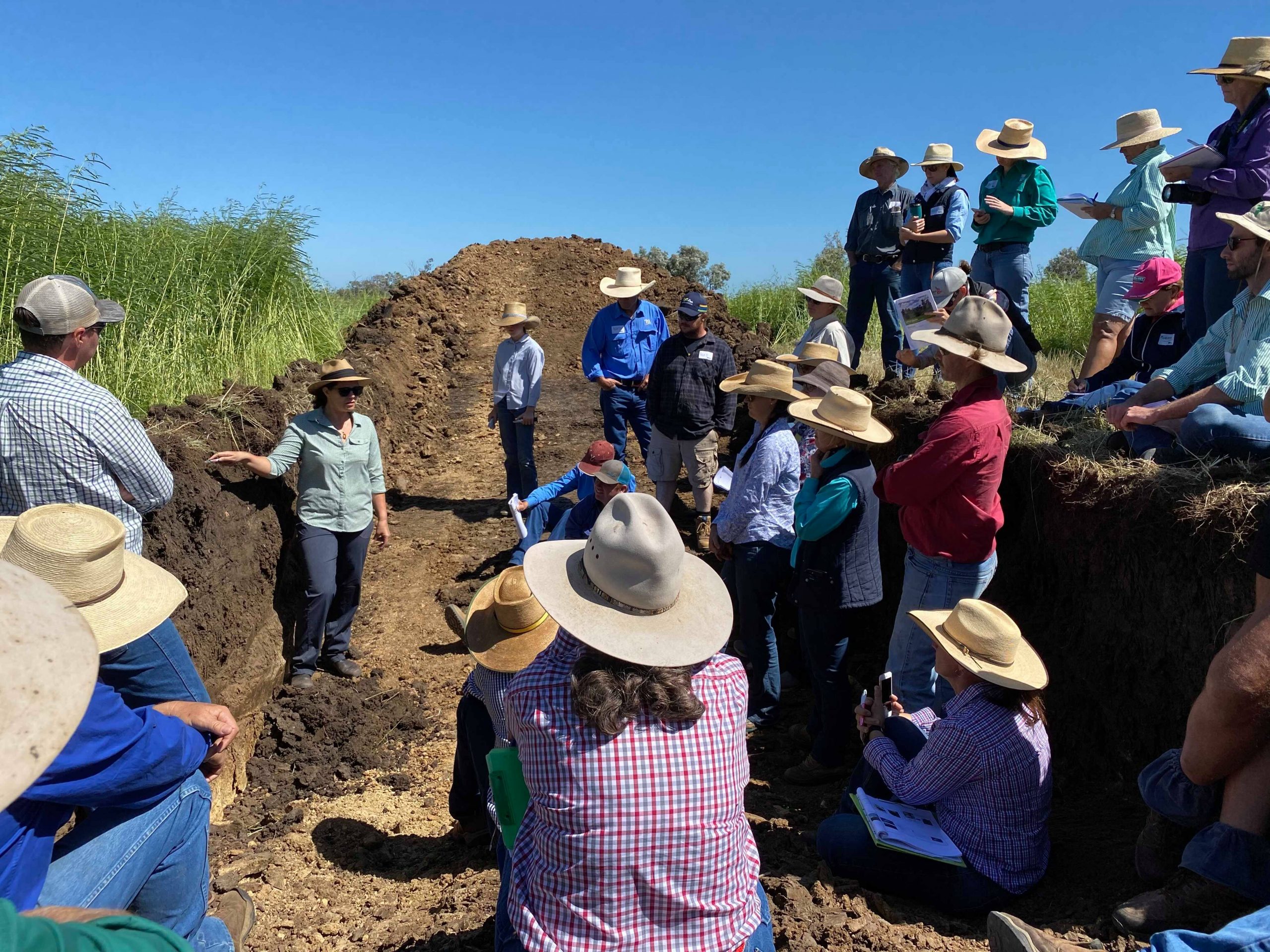 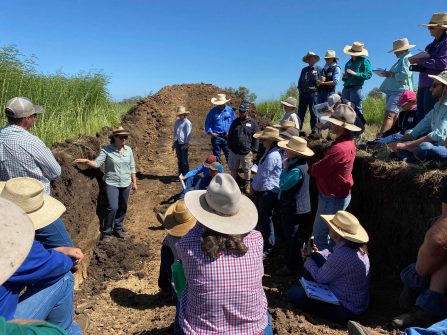 Through one-on-one FBA support and absorbing the abundant number of books, podcasts and social media content on the topic, the majority of the workshop attendees had a basic soil understanding. To take their knowledge to the next level, FBA flew Nicole Masters from New Zealand to central Queensland.

Nicole Masters is an independent agroecologist, systems thinker and educator. With over 20 years’ experience, she is a knowledgeable and dynamic speaker on the topic of soil health. Late last year, Nicole released a book titled For the Love of Soil. The book is a land manager’s roadmap to healthy soil in challenging times and has received outstanding reviews from many; including many workshop attendees.

Like regenerative agriculture, Nicole got participants to take a holistic look at their enterprise then asked them what they wanted to ultimately achieve. Answers included:

being debt-free, having a viable business, being able to go on a holiday or fishing and having their children excited and wanting to come back to the family business.

Nicole then explained how everything (human health, plant health, ecosystem health) comes back to soils. Over the two-day workshop, 272 PowerPoint slides, field trips and many cuppas five key principles created the foundation of the learnings. These were:

1 – Limit Disturbance
Chemical and mechanical disturbances contribute to soil erosion. It also destroys binding soil particles (aka Soil aggregates) resulting in fewer soil microbes and pore spaces for water and air infiltration. Where possible it is best to reduce soil disturbances. However, if this isn’t possible “rip and drip” by feeding microbiology and the microbes who have been exposed through ripping.

2 – Keep ground cover all year-round
Ground cover is an ‘armour’ for soil, protecting its microbes and structure from wind and water erosion while reducing evaporation.
A case study of two neighbouring orchards quickly showed participants the huge difference that groundcover makes. Comparing a conventional system to a biological one, infrared imagery showed the compacted, water repellent soil compared to the aerated macro-porous neighbour. Where the biological farm utilised compost application and polyculture pasture in rows, 20 inches of rain per hour absorbed into the soil buffering nutrients and filtering contaminates. Comparatively the conventional farmer experienced a flash flood resulting in soil loss, water loss and loss in production.

3 – Lift above and below diversity and biomass
Optimising biological diversity and biomass is critical for plant health and nutrition. Nicole suggests, “If you’re doing something for your heard think of your heard under the ground as well.” Each species plays its own role in contributing to soil health. A monoculture cannot build and sustain soil by itself. A collective of grasses, forbes, legumes, fungi, bacteria, protozoa and nematodes work together to enhance ecosystem function.

5 – Integrate livestock
Animals are natures recyclers. Livestock stimulate plants to produce more carbon, pumping more and more back into the soil while also drawing carbon down from the atmosphere.

All 40 landholders left the two-day workshop inspired to start improving the health of their soils. If you’re interested in soil health and want to learn more contact us for a one-on-one property visit!