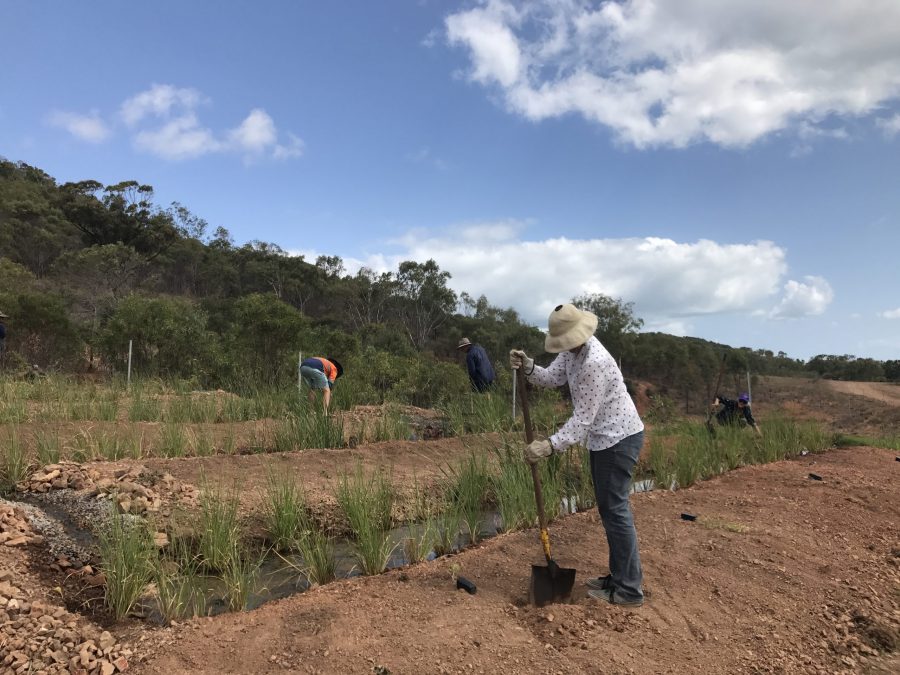 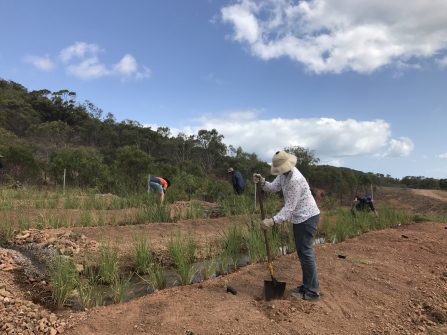 The ingenuity of a natural desalination plant at High Valley Dawn Permaculture in Yeppoon was on show late last year, with over 20 volunteers arriving to learn about the system and get their hands dirty to help.
The landholders, Ross and Shae O’Reilly, identified the ongoing need to adapt to drier conditions to best prepare them for future seasons.
The natural desalination plant, transforms salty bore water into fresh water, stocking a dam, which will supply livestock and crops.

Fitzroy Basin Association Inc. (FBA), with funding from the Australian Government’s National Landcare Program, delivered funds to High Valley Permaculture Dawn to assist in the installation of a natural desalination plant to alleviate pressures on water demand across the property.

“Following on from another dry winter, water is becoming scarce on the property once again,” he said.

“Drought is putting us under constant pressure to conserve water and threatens to undo all of the regenerative agricultural work that has been completed on the property in the last 3 years.

“We would like to involve the community in the various stages of this project which will include fencing work, building the Swales and the rock filtration system, irrigation and planting trees. This will be delivered via a series of free workshops which will include the delivery of educational content.

The project will be showcased alongside many other innovative sustainable, off-grid solutions in years to come as we deliver more retreats, open days and workshops on the property.”

The prototype is designed to deliver many outcomes for the property, including:
– improved farm resilience against drought
– create a surplus of potable water to expand operations
– halt erosion on the property
– utilise natural systems to stabilise the land and sequester carbon
– showcase an innovative system and support it’s duplication in the region
– increase community awareness

In recent times of drought, the landholders have seen several of their dams dry up entirely.
The prototype of the natural desalination plant relies on a natural decline in the landscape, with the bore water filtering from the top.
Next, a rock spillway which then feeds to a meandering constructed wetland of sorts, lined with vetiver grass and several smaller rock spillways, comprised of limestone and other porous rocks.
Vetiver grass is essential to the functioning of this natural desalination plant. Native to India, vetiver grass requires a hot and humid climate – is highly tolerant in drought conditions, is a fantastic stabiliser of soil on riverbanks, traps silt, and when working in conjunction with limestone, leaches quantities of salt from soil and water.