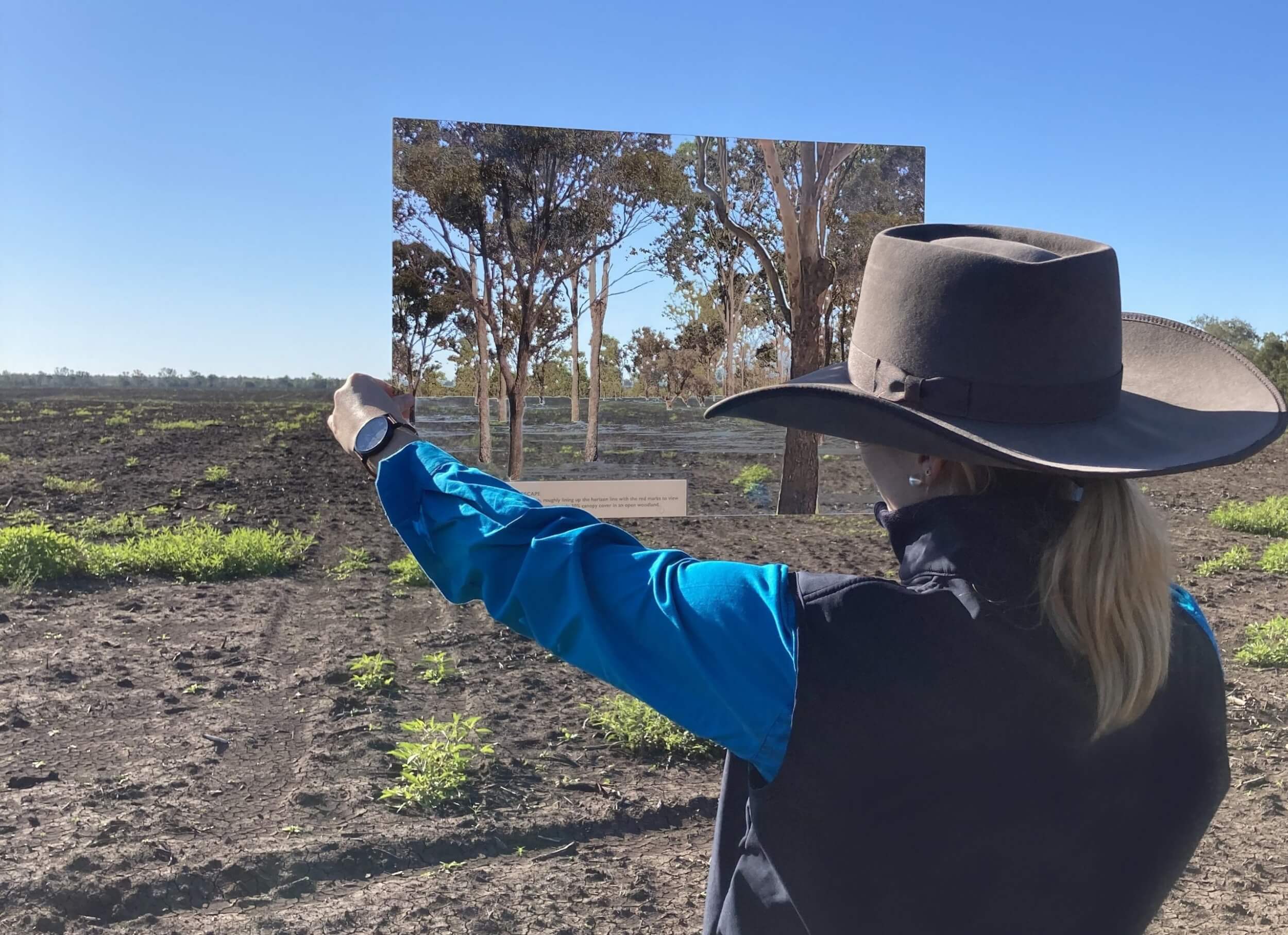 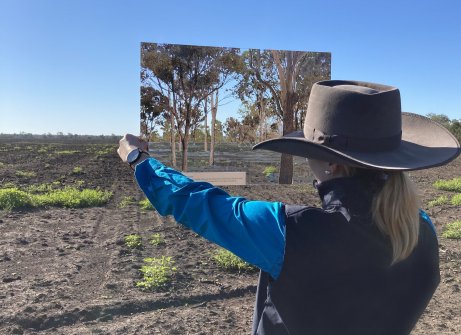 Science tells us that trees in a paddock provide benefits to cattle however, there is less clarity around what an ideal tree cover looks like in a paddock.  Unless you are prepared to wait 20 years for trees to mature to see evidence of good canopy cover, there is no proven way to visualise your efforts any earlier.

That was until now!

Fitzroy Basin Association (FBA) are working on a project funded by the Queensland Government’s Natural Resource Investment Program to increase native woody vegetation on farms by designing and facilitating tailored plans to reintroduce native tress in the Fitzroy Basin.

FBA leads the way in spreading word about the benefits and rewards of canopy cover on central Queensland country. According to experts and academics, around 30% cover is considered ideal for delivering shade, wind breaks and functioning ecosystems. Despite agreement on the 30% target, there has been uncertainty among graziers perceiving what that coverage of trees looks like in their paddocks.

Recent research from the CSIRO and CQUniversity undertaken in Townsville has revealed that cattle in paddocks with canopy cover did better than cattle in open grasslands. In winter they put on more weight eating nutrient dense grasses, forbs, and legumes. In summer cattle in shade retained their appetite and put on more weight than cattle in open grasslands, those cattle became heat stressed to the point of losing their appetite and therefore limited weight gain is achieved.

Grazing cattle in paddocks with 30% canopy cover generated higher weight gain and higher profits at the market gate, busting the paradigm that trees in paddocks interfered with productivity and profitability.

Realising this paradigm existed, FBA staff worked with a graphic designer to come up with a solution that allowed graziers to see through time to understand what 30% canopy cover would look like on their own land without having to wait 20 years.

The result was the development of a large looking glass that could see into the future. Using a sheet of clear perspex about the size of an A3 sheet, FBA printed a coloured image of central Queensland native tree landscapes on to it to represent 30% density of canopy cover. The remaining 70% of the perspex landscape was left transparent.

Then it was just a simple matter of the grazier stepping into a paddock and holding the perspex sheet with arms outstretched to the horizon and looking through it to reveal an accurate picture of optimal canopy cover 20 years in the future.

There has been a long-held view that trees in a paddock rob the soil of essential water and nutrients that would otherwise be taken to grow grass to feed cattle. With this new tool however, a picture is truly worth a thousand words because land managers can see with their own eyes a picture of their own paddock how grass and trees can coexist for the betterment of the produce.

Copies of these simple but effective tools are now circulating with FBA extension officers in their travels across the region with great success. The mystery about how 30% canopy cover would change a property can now be settled convincingly by looking into the future.