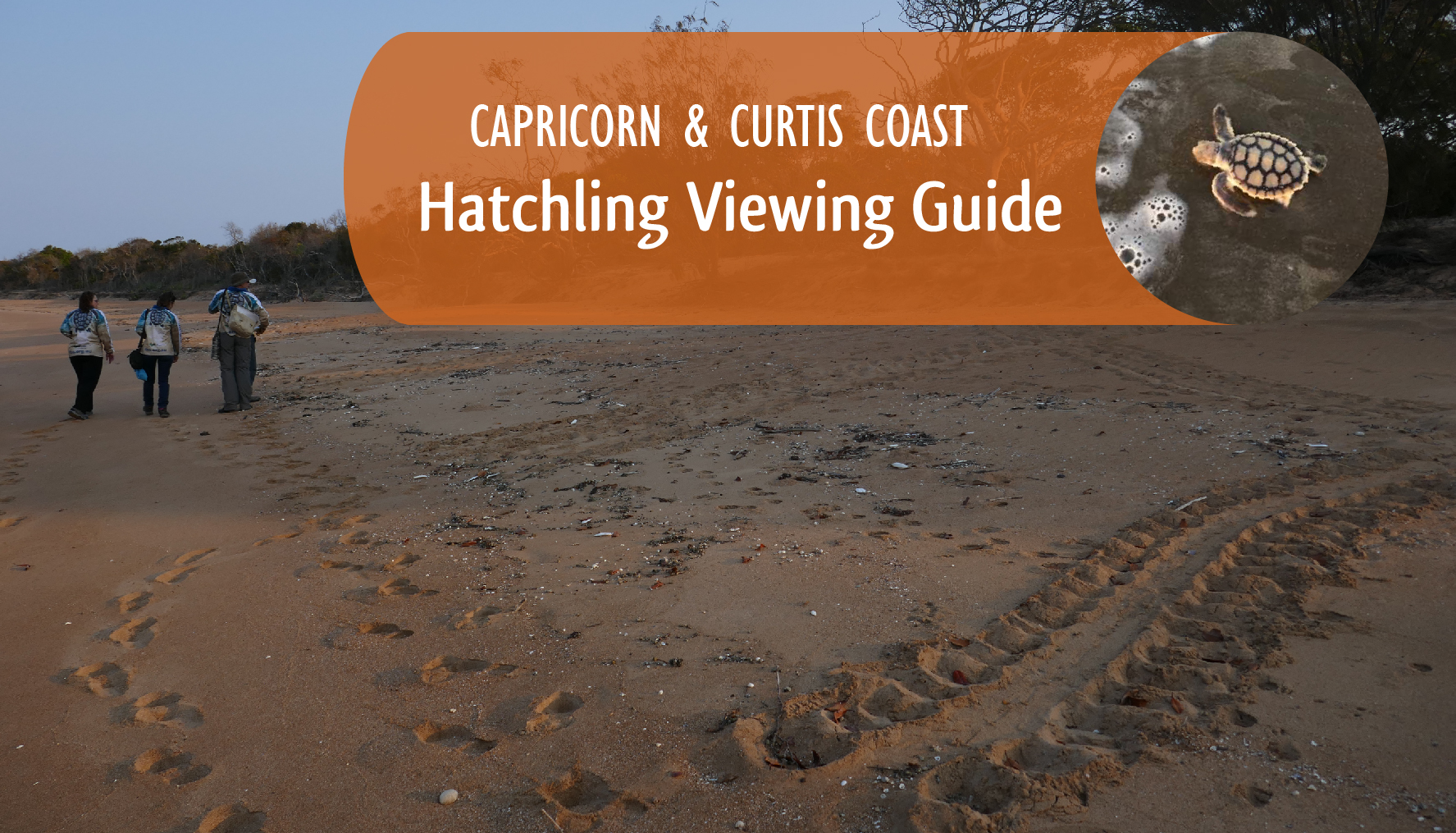 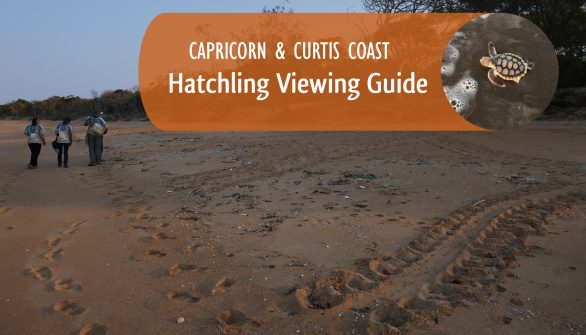 From December to March each year, central Queensland beaches erupt with the next generation of marine turtles, and a cohort of people eager to catch a glimpse of this amazing natural spectacle. Humans and human interference can have a negative impact on hatchling survival rates. To give our adorable, newly hatched turtles (and nesting mum’s) the best chance at survival, here’s our guide for sea turtle seekers.

Due to deadly threats impacting every stage of a sea turtle’s life, six of the world’s seven species of marine turtles are endangered. It is estimated that only 1 in 1,000 hatchlings will survive to adulthood. The marine waters of central Queensland provide important foraging grounds while the Capricorn and Curtis coast offer rookeries to local species. Our region is lucky enough to have a highly active volunteer group of trained marine turtle helpers – established by FBA called Team Turtle CQ (TTCQ). This project is funded by the partnership between the Australian Government’s Reef Trust and the Great Barrier Reef Foundation.

Despite the heat and festivities, TTCQ volunteers have been walking beaches as far north as Stanage Bay and as south as Wild Cattle Island at crazy hours of the day and even on Boxing day!  Since September of last year, TTCQ volunteers have recorded 65 turtle tracks, 56 nests and over 116 hatchlings. With a month and a half left until the turtle hatchling season slows down, there are still many more CQ hatchlings to come.

Our Environment Leader, Shannon van Nunen says this is how you can help our hatchlings!