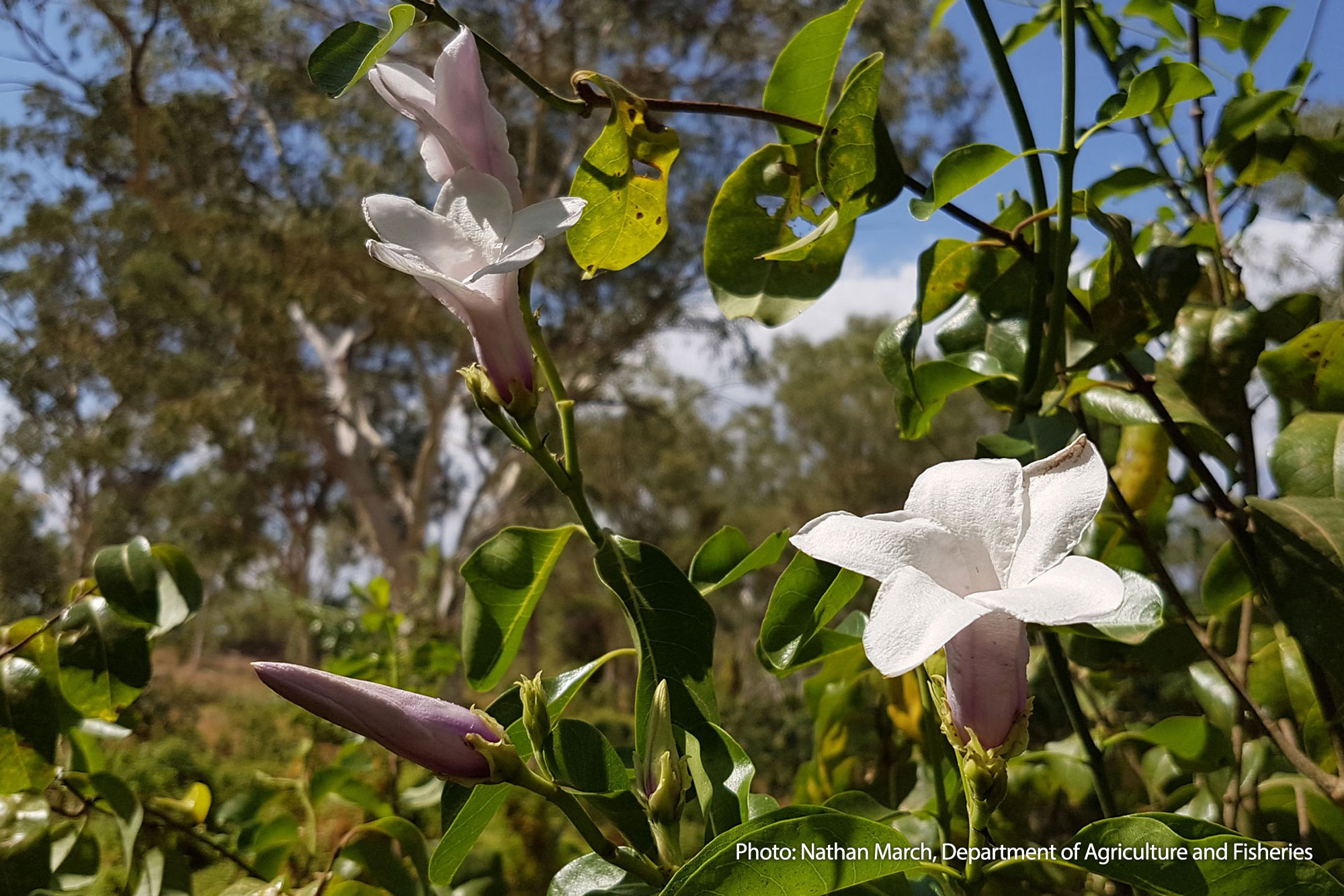 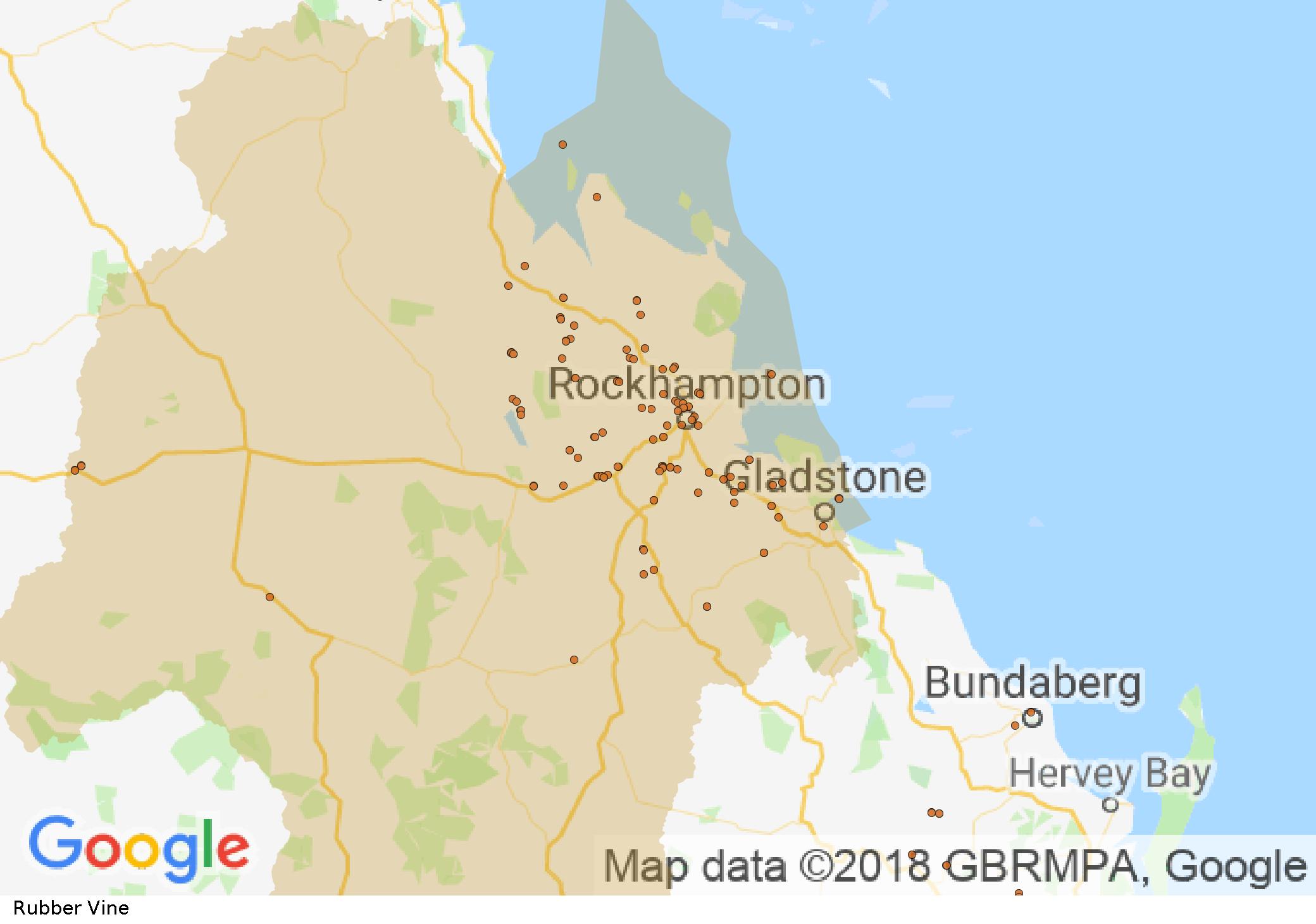 Originally from Madagascar, this invasive vine spreads quickly via waterways into surrounding woodlands and pastures.

Once established, rubber vine smothers other plants and forms dense thickets particularly around waterways where infestations usually begin. While stock only eat it under stresssful conditions, rubber vine is poisonous to stock.

Depending on the severity of infestation rubber vine can be controlled through a number of methods including mechanical removal, fire, herbicides and biological controls. Lighter infestations should be treated first to prevent them developing into thicker, bigger infestations. Learn how to identify, control and prevent the spread of this aggressive weed from the Queensland Department of Agriculture and Fisheries Rubber Vine fact sheet.