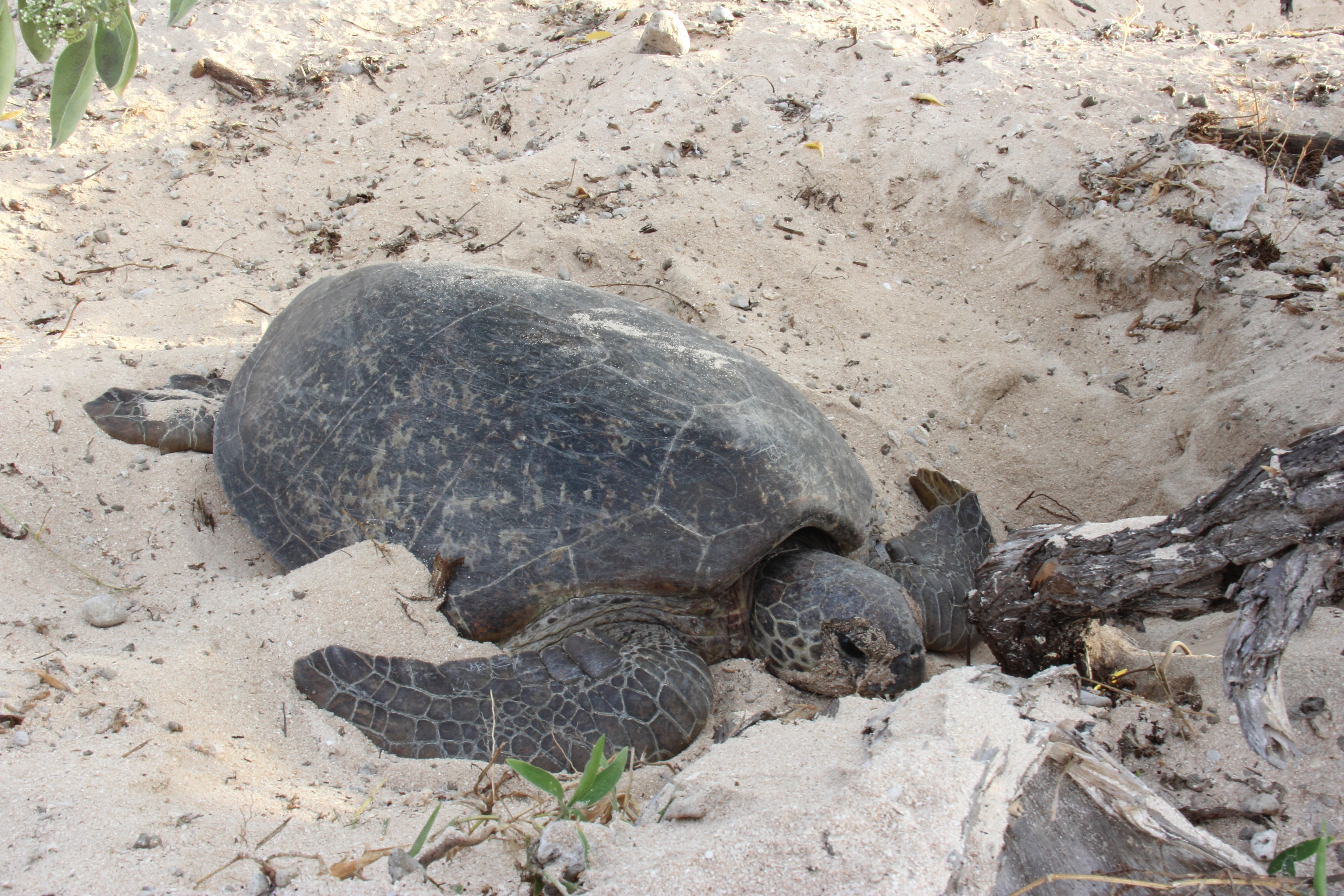 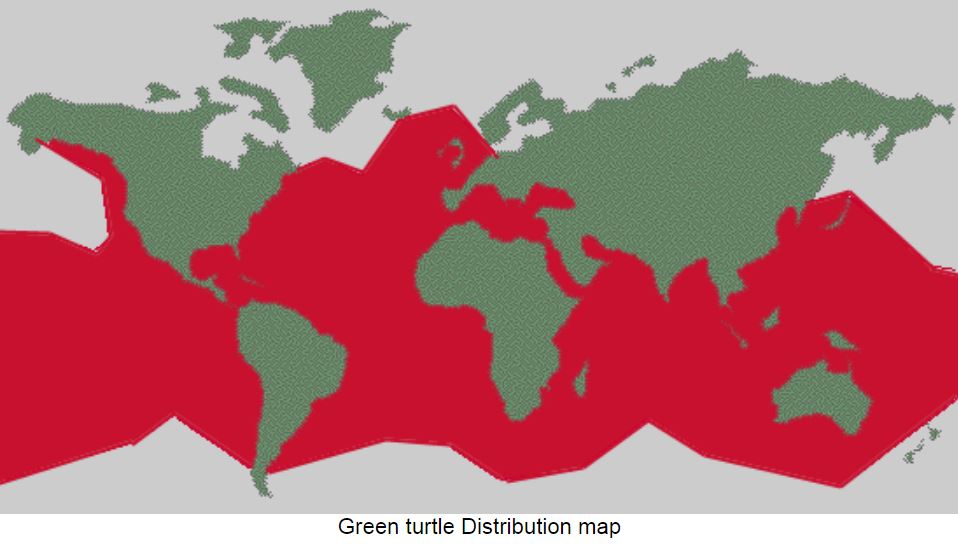 Weighing well over 100kg in adulthood, Green Turtles can grow to over a metre in length ranking them among the larger marine turtles in the world (Leatherbacks are the largest).

Although carnivorous when young, adults are strictly vegetarian. Unlike other marine turtles, they spend their entire life at sea, travelling thousands of kilometres to mate and nest on beaches in tropical waters around the world. An estimated 8,000 females nest in the Southern Great Barrier Reef area, mostly in the Capricorn-Bunker group of islands. Find out more about what they eat, where they live and why they’re special here.