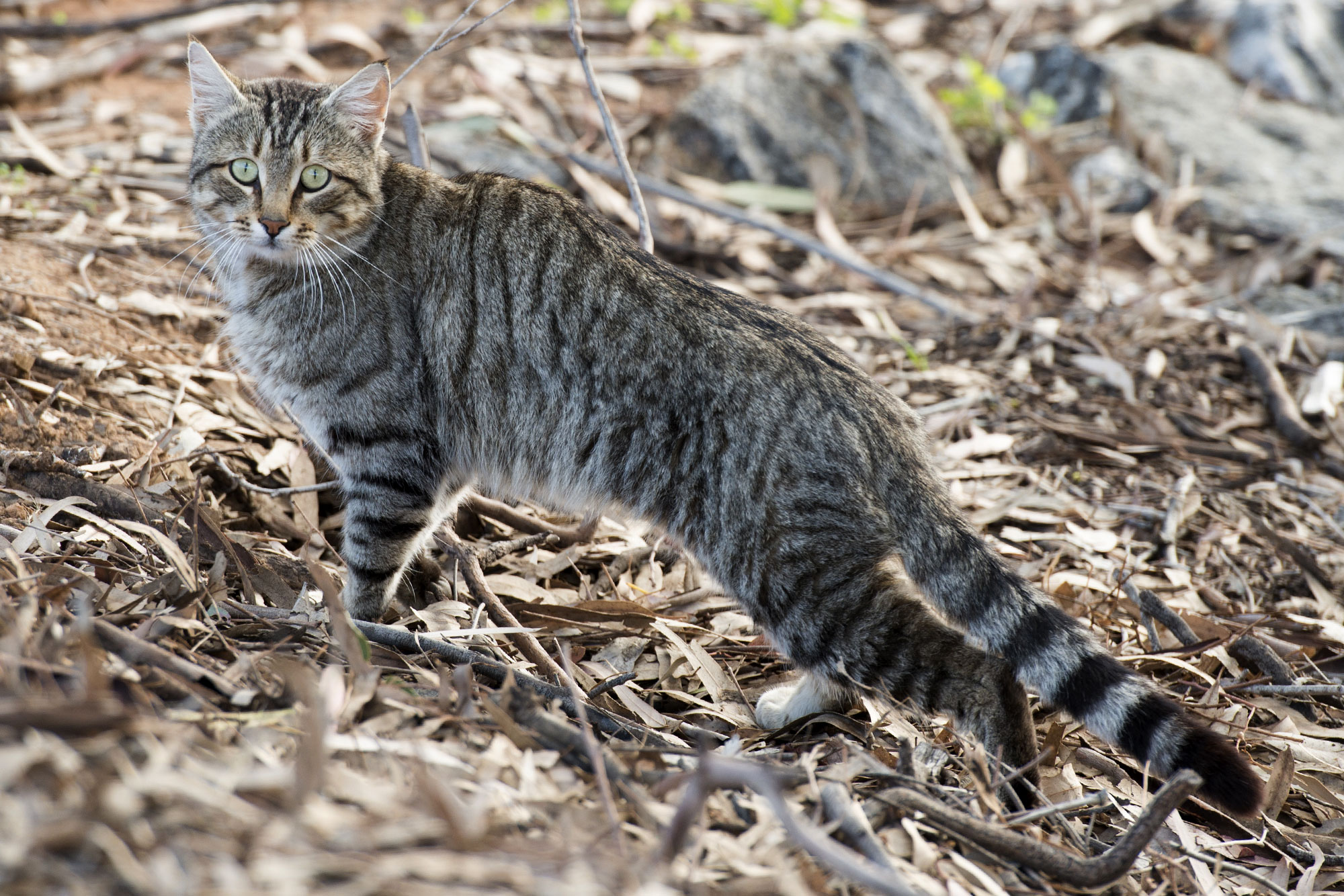 Domestic cats that do not rely on human care (aka ‘feral cats’) are one of the greatest threats to over 100 of our Australian native animals.

Preying mostly on small to medium sized mammals and ground-dwelling birds, feral cats can cause rapid declines in native animal populations (a key threatening process listed under the Environmental Protection and Biodiversity Conservation Act 1999). Feral cats also compete with native predators for food, and spread disease (such as toxoplasmosis) which effects people, livestock and native wildlife.

Effective control includes trapping, shooting, baiting, exclusion fencing and/or lures which is often expensive, labour intensive and requires continued follow up. For further information on how to control feral cats see the Queensland Department of Agriculture and Fisheries Feral Cat fact sheet and the Department of Environment and Energy’s page on feral cats.  You can also report feral cat sightings on the FeralCatScan app.