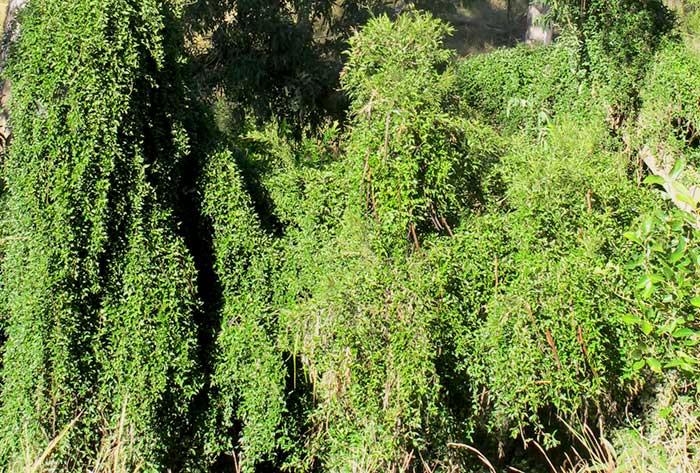 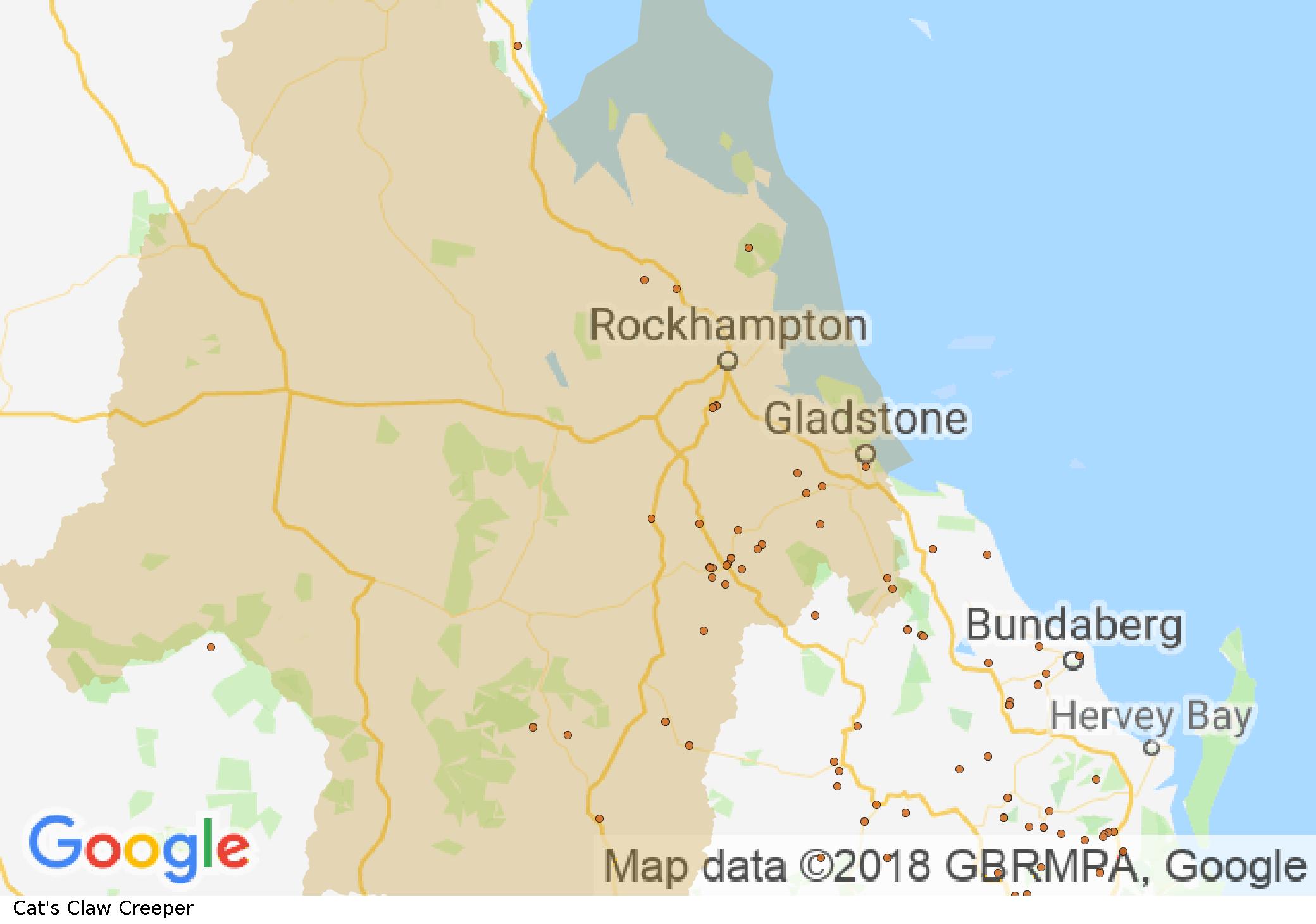 Native to Central and South America, and the West Indies, this fast-growing vine can completely smother everything in its path.

Once established, it forms dense thickets over the ground and can even cover and kill mature trees, completely altering ecosystems and preventing native plants from sprouting and growing.

Its extensive underground system of tubers allows it to re-establish quickly after pruning and spraying, making it particularly difficult to eradicate. Preventing its spread and establishment is the best solution. Learn how to identify, control and prevent the spread of this agressive weed from the Queensland Department of Agriculture and Fisheries Cat’s Claw Creeper fact sheet.