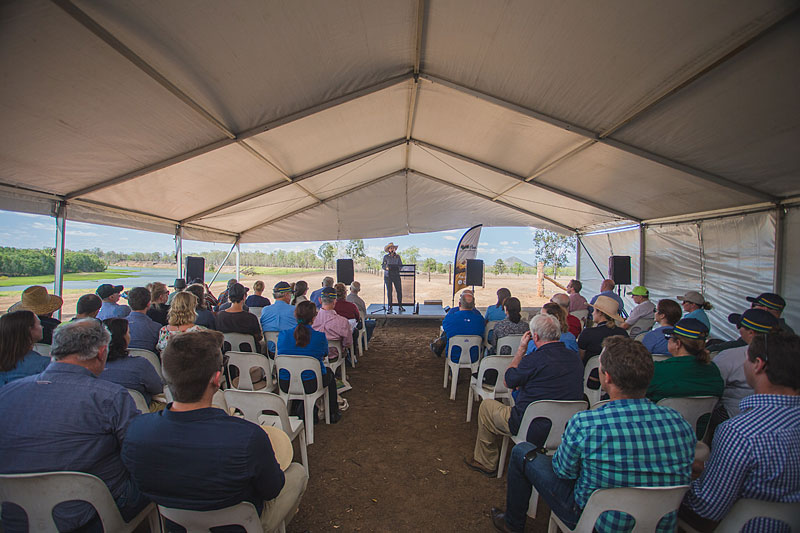 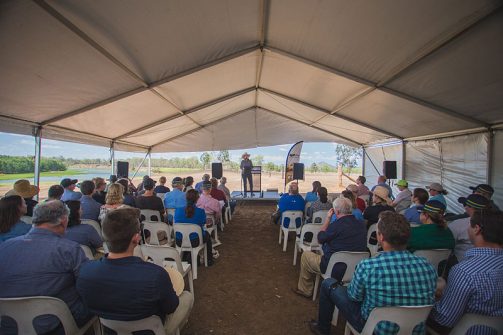 Thursday, 17 October was a day of celebration for Fitzroy Basin Association (FBA) and key stakeholders. Centred around FBA’s Annual General Meeting, the day was an opportunity to reflect on the huge achievements obtained during the 2018-19 financial year. An audience of 120 (made up of landholders, key stakeholders and dignitaries) travelled from around the state to celebrate and see one of FBA’s largest achievement to date.

The 2018-19 financial year saw rapid evolution of the natural resource management sector, creating with it new and exciting opportunities. These opportunities allowed FBA to explore new horizons through collaborations and cover a wider breadth of our region than ever before. Testament to this is FBA’s first large-scale riverbank restoration project.

The 1.2km-long Fitzroy River streambank stabilisation project is an FBA and Australian-first. Additionally, it is currently the largest river restoration project in Australia. The $1.8 million project, delivered by FBA and jointly funded by the Commonwealth and Queensland Governments under the Natural Disaster Relief and Recovery Arrangements (NDRRA), was completed in the wake of 2017’s Severe Tropical Cyclone Debbie.

During Server Tropical Cyclone Debbie, the now rehabilitated stretch of the Fitzroy River (known as Site 7) in Yaamba retreated approximately 20 metres, mobilising 266,000 tonnes of sediment into the waterway. Aerial surveys of the Fitzroy River following the natural disaster identified Site 7 for urgent repair.

For six months, the project created 12 full-time jobs in the region, and collaboration with Rockhampton Regional Council and Livingstone Shire Council saw more than 75,000 native trees supplied to FBA to further stabilise the banks. It is estimated this project will save 90,000 tonnes of sediment from entering the river system with long-term benefits to not only the local waterways but also to the health of the iconic Great Barrier Reef.

While the statistics are impressive, the magnitude of the restoration site cannot be felt through a photograph. For the first time, FBA and property landholders (the Schneiders and Baggetts) welcomed guests to the restored riverbank.

Under the shade of a marquee, attendees gained a deeper understanding of fluvial geomorphology from none other than the internationally acclaimed Ross Hardie (Director at Alluvium Consulting Australia). Using a language that all could understand, the project works, and the importance of streambank stabilisation became clear. Adding to Ross’s words, Dr Eva Abal (CEO of International River Foundation) reminded all of the importance of protecting our natural assets and downstream communities for many generations to come.

The event closed with FBA’s CEO Elyse Riethmuller and Chair Sean Conaghan thanking all who were instrumental in bringing the project to fruition. FBA would like to further this by thanking everyone who attended the event and made the day of celebrations so special.

For those who could not attend, please enjoy these captured moments from the day.